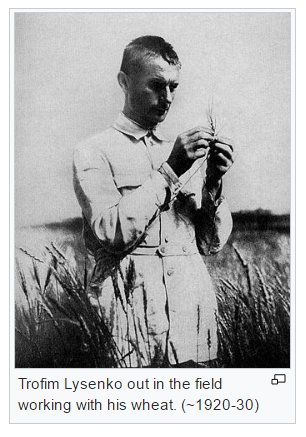 Scraps and puzzles. Riddle: everything below is talking about the same thing. How?

~1250 BC is the standard archaeological date for the Biblical Exodus, if in fact an exodus occurred. Most material evidence we would expect of such an event is lacking.

To get to the collapse in 1177 B.C.: The Year Civilization Collapsed

, Eric Cline has to give an overview of the major Bronze Age civilizations. He casually mentions the following detail: While we don’t know if Exodus as real big Exodus happened, we do know that there was extensive Semitic-Egyptian interaction. There’s evidence of a Semite vizier to the pharaoh, and it’s unlikely that you’d get such a figure without some sort of storied history. Aper-El, the vizier, held his post in the 14th century during the reigns of Amenhotep III and Akhentaten. Since I’m not particularly  pious, I feel free to pick and choose my biblical chronology as it suits me. That places him at roughly four generations before the proposed exodus, the traditional period between Joseph and Exodus (ignoring that the Bible says each of those is about 100 years). There’s more:

Akhenaten was, infamously, the pharaoh who tried to make Egypt a monotheistic kingdom. During his reign, Akhenaten abolished worship of all gods except for Aten. No matter how one thinks of Aten, the image of a single Semite working as vizier to a Pharaoh who then, for reasons no one can quite figure out, becomes a hardline monotheist, is too fecund of an idea to ignore. One can imagine a particularly rambunctious bilblical literalist seizing on this factoid to weave a grand tapestry – Joseph in the palace of Akhenaten, preaching the word of proto-God, and the mad pharaoh rearranging his kingdom based on Joseph’s powers.

I’m not a biblical literalist and I want to.

Also in 1177, the theory that the destruction of Troy took place much earlier than anticipated, and possibly twice. That… sort of goes a long way towards explaining why you have military descriptions from totally different time periods just floating around the Iliad. At the same time, if they preserved that, why wouldn’t they preserve at least some vague notion of the Hittites having hired them?

2. To Save from their Fans: Austen/Spengler

There’s no author out there taken less seriously by their fans than Jane Austen. Now, I adore Jane Austen, but almost every Austenite I’ve met takes precisely the wrong view of her work. They tend to accept it, roughly, as a body of “nice romantic stories.” It’s not. Jane Austen hates you and she hates the things you love.

Austen’s work is political in the extreme. I do not simply mean feminist readings (Side note, but most those readings, no matter their aim, imply that “finding a high-status mate” is the end goal of womanhood by accepting that Austen’s characters are “self-actualizing” in any coherent way.) I mean that Austen dissects human dynamics and power struggles. She’s applied Machiavelli (perhaps even more insightful than Machiavelli).  There’s a reason that Leo Strauss considered her his favorite author – she has the cruelty of the scalpel to her. If you read her in this way, the whole corpus opens up and you’re left with a profound psychology, a pitiless dissection of power. It should go without saying that this also gives quite a lot more agency to her female characters than the standard readings (i.e. “the happy ending is Mr. Darcy!”).

I must now apologize to some of these fans, because an even stupider group has adopted her as their own. However, this doesn’t come close to disproving my theory. Rather, it confirms it.

Take note then, here’s the degeneration of Austen readings:  masterful political machinations->everything that is on the surface, i.e. nothing happening but pseudo-romantic stories->the promised White Homeland. “Oof.”

Ironically, there’s another way to understand this: of course both groups project their fantasies all across Austen. She incisively discusses (and hence, is) power. Everyone wants power on their side.

. Related to saving authors from their fanbases: Spengler places the start of Western culture not in the classical world (as others want to) but in the Medieval, and specifically around the 12th century. I never quite understood that choice, but I think I’m beginning to. Roughly, DOTI dates modern individualism (and the subsequent, well… everything) to ~12th century, especially to the early troubadours. Fits pretty well with Spengler’s date for the origin of the Faustian Soul.

Spengler is mostly poetry with the fanfaronade of theory, but he’s good poetry. Unfortunately, only Nazis seem to like his poetry now. This is unacceptable, doubly so given that he despised the Nazi party  and wrote books against them. I have a long-term project to pry Spengler from their grasp, so file this under that vague notion. There appears to be one other group doing this (in podcast form). Here’s episode one. Maybe one day I’ll email them and try to combine forces.

Related: Bring back metaphysics is probably the entirety of my political platform, although this must be understood in a particular way.

3. A Portrait of Failure

Tyler Cowen’s The Complacent Class is gaining popularity. This is good – I suspect that Cowen and I disagree about many, many things, but samzdat endorses any work that punches modern society right in the ideals.

Note, however, that the problems of modernity are most widely misunderstood when they are confronted. Being retreats from itself. See, in this otherwise decent Atlantic review, the following wild flailing:

Cowen argues that these technologies wall off anything that is too novel, which feeds complacency. It’s a fair point. But dating apps also increase the supply of potentially discoverable partners, which leads to more dating. I wonder: Does waiting until your late 20s to settle down with a partner signal complacency, or the opposite?

Cowen is right. What does the waiting presuppose? That one is “finding the right partner” rather than adapting to an imperfect one. That no one is “perfect for you” is not my point here – it’s that the implicit goal of such searching is to defend against change. “I want someone who loves me as I am” means that I am already good enough, I don’t have to change.

Prelude to skyrocketing divorce rate as parable of narcissism, not “changing social values”. Narcissists have no values.

Cowen, for his part, fails to recognize this as is the inexorable result of capitalism. I do not mean to slight capitalism per se: I mean to say that it brings about certain unavoidable states of being. Disdaining these are arguing for the root cause of them is no different than the left, stamping its feet and wishing away reality. But, of course, the proof here is lacking: that is a future project.

This blog is largely personal, and (as in the scraps above) tends more towards ambling than decisive movements towards a general theme. But it is not meant as a collection of idle thoughts – it is concerned with analysis of the current Situation first and foremost. If it appears to proceed stochastically, this is merely because in modern days we’ve substituted larger systems for specialization. Hence the insights of economics, literature, philosophy, and the sciences are only discussed in their own contexts.

Reclaiming certain thinkers is crucial to this, but so is “saving” others from the oblivion of memory. In the future, I’ll be adding pages of translations of some of these (Gracian, La Rochefoucauld, Parra, Heraclitus). I’ll also spend more time strictly reviewing books and discussing the application of thinkers to modernity. There are cycles to these, and the first will be a general orientation towards the question of the modern spirit. This is: Polanyi, Scott, Hoffer, Lasch, and Nietzsche.

With some luck, this means that I’ll be able to proceed somewhat more quickly, for we must proceed quickly. Samzdat means: The human soul is being devoured. Which means –

In the next day or two, I’ll put up several more static pages to try and get at a general orientation.

More quotidian, to avoid bathos: Comments on the blog should now have markdown enabled to better ease conversation (if any, of course, happens).

This site uses Akismet to reduce spam. Learn how your comment data is processed.